ARM vs x86: What's the difference?

What is the ARM Architecture

The ARM architecture, formerly known as AdvancedRISCMachine (earlier: AcornRISCMachine), is a 32-bit Reduced Instruction Set (RISC) processor architecture that is widely used in many embedded system designs. Due to its energy-saving features, the ARM processor is well suited for mobile communications, in line with its primary design goal of low power consumption.

ARM processors can be found in many consumer electronics products, from portable devices (PDAs, cell phones, multimedia players, handheld video games, and computers) to computer peripherals (hard drives, desktop routers) and even in military installations such as missile-based computers. It is found in military facilities such as bullet-loaded computers. There are also a number of ARM-based design derivatives, including Marvell's XScale architecture and Texas Instruments' OMAP family of products. 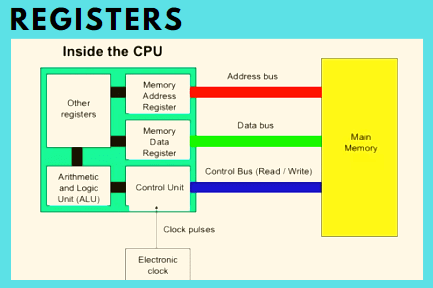 1: CPU, we are no stranger to the term, the central processing unit, the core brain of the computer.

4: Memory is one of the important components in a computer, it is the bridge to the CPU for communication. All programs in the computer run in memory, so the performance of memory has a great impact on the computer.

5: Video card (Video card, Graphics card) full name display interface card, also known as display adapter, is the most basic configuration of the computer, one of the most important accessories.

7: Network card is a network component working in link layer, it is the interface connecting computer and transmission medium in LAN, it not only can realize the physical connection and electrical signal matching with the transmission medium of LAN, but also involves the function of frame sending and receiving, frame encapsulation and unpacking, medium access control, data encoding and decoding, and data caching, etc.

8: The basic function of a sound card is to convert the original sound signal from a microphone, tape, or CD and output it to headphones, speakers, amplifiers, recorders, and other sound devices, or to make a beautiful sound from a musical instrument through a digital interface for music devices (MIDI).

10: A hard drive is one of the primary storage media for a computer and consists of one or more aluminum or glass discs. The discs are covered with a ferromagnetic material.

X86 structure of the computer in any case than the ARM structure of the system in terms of performance is much faster, much stronger. x86 CPU is casually more than 1G, dual-core, quad-core prevalent, usually using 45nm (or even more advanced) process for production; and ARM: CPU is usually a few hundred megabytes, only recently appeared about 1G CPU, the process is usually used less than 65nm process, it can be said that in terms of performance and production process ARM is not the rival of X86 structure system.

using RISC pipeline instruction set, in the completion of comprehensive work is simply at a disadvantage, and in some relatively fixed tasks of the application of its advantages can be brought to full play.

II. The ability to expand

The ARM architecture computer is connected to the CPU and data storage device through a special data interface, so it is difficult to expand the performance of ARM storage and memory (usually the capacity of memory and data storage has been set at the time of product design), so the system with ARM architecture is generally not considered to expand. The basic principle of "enough is good enough" is followed.

III. The compatibility of the operating system

The X86 system is unified by the Wintel Alliance built by Microsoft and Intel, which has monopolized the personal computer operating system for nearly 30 years, forming a huge user base and deeply curing the habits of many users. Almost all x86 hardware platforms can directly use Microsoft Windows and almost all the popular tools and software, so x86 systems have unparalleled advantages in terms of compatibility.

ARM systems almost all use Linux operating system, and almost all hardware systems have to build their own system separately, which is not compatible with other systems, which also leads to its application software can not be easily transplanted, which has been seriously restricting the development and application of ARM systems. After GOOGLE developed the open Android system, it unified the operating system of ARM structured computer, so that the new computer system based on ARM structure has a unified, open and free operating system, which provides strong support and power for the development of ARM.

IV. The convenience of software development and the diversity of tools available

The X86 architecture system has been launched for nearly 30 years, and during this period, the X86 computer has reached a very mature and even perfect state in terms of user applications, software support, software development tools and compatibility, etc. After a golden period of rapid development. So with X86 computer systems there is not only a large selection of third-party software available but also a large number of software programming tools to help you do the work you want to do.

From the above comparative analysis, it gives us a very clear feeling that ARM and X86 structured computers are not comparable at all, and ARM is not the rival of X86 computers. If we consider only the aspects mentioned above, ARM is unable to compete with X86 computers and is not even qualified for comparison. However, in the past 1 or 2 years, ARM products in terminal applications, especially handheld terminal applications (such as: smartphones, tablet PCs, etc.), the number of sales has far exceeded the number of x86 structured computer sales, it can be seen that ARM has its advantages with the X86 structured computer can not be compared. The advantage is: power consumption.

X86 computer to adapt to the needs of a variety of applications, the development of the idea is: performance + speed. 20 years of x86 computer speed from the original 8088 a few M development to now casually is a few G, and still a few cores, its speed and performance has been improved by thousands and thousands of times, technical progress has made x86 computer become an indispensable part of the public life. However, the direction and mode of development of x86 computers, so that its power consumption has been high, a computer is casually hundreds of watts, even the so-called low-power energy-saving laptop or netbook, there are more than 10, 20 watts of power consumption, which can not be compared with the ARM structure of the computer.